Roy Pilgrim is out jogging and on his way home. At the same time a girl called Tracy is getting read to go and visit him. Roy Pilgrim used to play electric fiddle for the 70's rock group Edwin Drood, and is Tracy's idol. Roy then arrives back at his house, via the back gate and taps in a code to get passed the electric gate. As he walks up the drive to his back door, he takes off his headphones and starts to notice something strange. The back door is open, and when he goes into his "white room" he notices the safe is open. As he checks to see what is missing, he is knocked unconscious from behind. Note that the back door is a set of french windows which leads into the white room.

Tracy now leaves to go and meet him. Alas now Roy is handcuffed to his radiator, and the phone has been disconnected. The house is in a remote location and his fiancee won't be coming until 9am the following day. His cries of help go unanswered! It's 1.25pm.

By 4pm, Roy is getting cheesed off, and Tracy is ringing the bell at the back gate. The gate opens and she walks up to the back door. A number of school boys watch her walk up the path as she is a rather pretty girl (and they can't help but look bless 'em!). They see her enter the house via the back door.

The following morning the police are trying to get passed Roy's back gate when Francine (Roy's fiancee) arrives. She lets them in and they find Roy still handcuffed to his radiator. However the police are there to investigate the disappearance of Tracy....she never came home yesterday. The school boys tell the police that they saw her entering the house at 4 O'clock. Roy swears blind that he hasn't seen Tracy at all. He also says he never invited her in the first place! Something which Francine (given his old reputation) finds very hard to believe. She is clearly not happy and neither are the police. So where did Tracy go...?

Meanwhile Jonathan and Maddy are on a quiz trail along with Maddy's best friend Sheena and her latest love, Greg. They park outside a pub and read aloud the next puzzle to solve...

"At the post-box look fore and aft to see the sea, what year does it appear to be?" 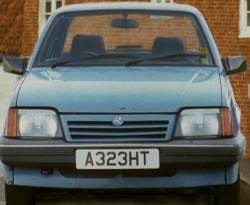 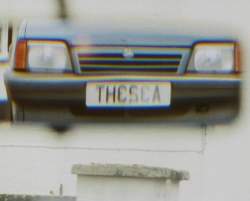 The rest try and work it out failing miserably. Maddy then gives up and asks Jonathan what the answer is. "1983" he replies easily. When asked why he explains that if you look in the rear-view mirror at the car parked behind them the number plate appears to read "thesea". The car is an A reg one which makes the year 1983.

On the way to the next clue, Maddy is run off the road by Francine. Then later while taking a drink at the local pub, they see Francine and Roy having a row. Francine breaks off the engagement by throwing away her ring. Alas Jonathan is the only one who recognises Roy and promptly gets laughed at by Maddy and Co. It appears not everyone liked Edwin Drood!

We then see Maddy and a couple of policemen talking to Roy at his home. He explains that at 4 O'clock he was staring at the doors that Tracy is supposed to have walked through. All he saw coming through them was a small frog with a red underbelly. He spent his time writing songs trying to take his mind off his bladder! Alas before she can learn more, Maddy is found out and her notes are thrown on the fire, and she is thrown out!

As she walks to her car, she finds a note stuck under her wiper. It reads,

"Roy Pilgrim is a wronged man. We should not blacken him with suspicion, but trust in his innocence. - Jacob Flowers, Hogs Belly Farm."

Back at Maddy's flat, Jonathan arrives and can't help but notice the amount of smoke. Maddy is cooking (she overdid the croutons!). Over dinner, they discuss the missing girl, trying to establish if Roy is the kind of guy who would commit murder. Jonathan doesn't think so, he also believes Roy's story as it's too weird to be a lie. If he was gonna lie why didn't he say he was unconscious until the police came in? But Maddy argues it can't be true as Tracy was clearly seen going into the house. She can't have simply disappeared!

Jonathan then explains about Jacob Flowers, the founding father of the "Creed of Eden" - an American cult which Roy joined while Edwin Drood was on tour in the States. It was because of the "Creed" that the band split in the first place. So Flowers is going to stick up for Roy as they are buddies, and Roy has given the cult large amounts of money over the years! 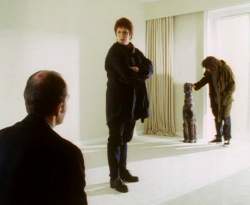 Meanwhile Roy is having problems, Francine has called off the engagement, and he could be up for abduction charges. He then spies Jonathan and Maddy at his back gate and tells them to leave, but they persuade him to let them look around the scene of the crime. Jonathan is in awe. Roy Pilgrim is a legend, however the bubble is burst when he finds out Roy watches the Waltons! Jonathan has a look around the white room, and discovers that a set of hand carves speaker cabinets have been switched around (the sun has faded them slightly, and the fading is on the wrong sides, as Roy hasn't moved them, Jonathan concludes someone else has). He can find no hidden panels or trap doors etc. so things aren't looking good. 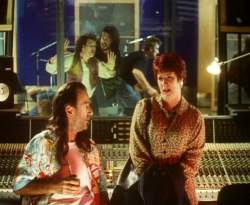 Maddy and Jonathan then pay a visit to Hogs Belly Farm. They meet Jacob and his wife Polly, who is holding a tree bonding session. They admit that they weren't happy about Roy's fiancee. She's a financial whiz, and was in danger of cutting of their funding from Roy. But they were happy he'd found a relationship that appeared to be working, and if Maddy and Jonathan can spread on any light on the mystery they will reward them. But not with money...but a place on the giant arc they are building on the farm!

Later down the pub, Maddy and Jonathan talk about the case to Sheena. The idea that no-one would deliberately switch around the speaker is mentioned. So perhaps they were switched...accidentally?

Maddy then pays a visit to Roy's old band mates, who confirm that he used to like his women young. 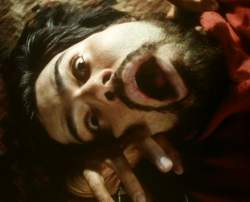 Back at Hogs Belly Farm, Jacob's cousin is found dead with a frog stuck in his throat. It's green with a red underbelly.

Jonathan sees a news report informing him of Jacob's cousin. He then receives a knock at the door, it's Sheena she has some ideas, and a book for Jonathan. The weather turns bad and she ends up staying the night. Her theory about the speakers is that they were taken away and altered. They then played a hypnotic suggestion which made Roy forget about Tracy. Jonathan dismisses it, why not just use a swinging watch?

Next morning Maddy phones Jonathan, and he manages to get to the phone before Sheena does. Maddy's convinced that Roy did it, but Jonathan has just come to the opposite conclusion.

Francine arrives at Roy's house just as the police are taking him in. Jacob and Polly are up a nearby tree throwing eggs and vegetables at the police demanding Roy's release! Francine has come to pick up a few things, which the police say she can, so she enters the house.

Later we see Francine in the white room looking for something. She is startled to find Jonathan, Maddy, Jacob, Polly and the police standing behind her, along with Roy. The policeman in charge then says an arrest will be made soon, and that although he's loath to admit it the press have had a hand in it!

When Francine attempts to leave, Maddy comments that she doesn't hang around for long. As soon as Roy was accused of murder, she was off like a rocket. Which is exactly what Jacob and Polly were counting on! Realising that their income from Roy would be cut off if he married Francine (she thought giving the "Creed of Eden" millions of pounds a year was a waste of time!) they concocted a plan to get rid of her. The plan being make Francine believe Roy had slept with a 16 years old girl. 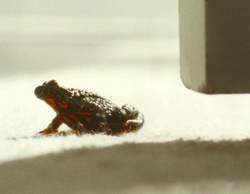 So Roy is knocked out and when he comes too he's handcuffed to the radiator. He stays awake for the rest of the day, and at 4 O'clock see a frog come in the door. At the same time Tracy is seen entering the house through the back door into the white room. Obviously this is impossible. However it would be impossible unless you were taking about two different doors, and two different white rooms.

With the help of the rest of the cult, Jacob and Polly created an exact duplicate white room back at Hogs Belly Farm. Finding a suitable girl was easy as they went through Roy's fan mail, and wrote a letter to invite Tracey to the house. They then staged the robbery and while Roy was knocked out brought him to the duplicate white room. Taking with them the hand carved speakers as these are the only things they can't duplicate! They then intercept Tracy, and take her back to Hogs Belly Farm. Later once Roy has fallen asleep, they take him back to his house, putting the speakers back in the wrong place. 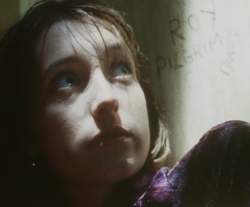 The frog was the key for Jonathan. The frog in question can give the owner a high if the user sucks the frog's secretions too much and it will kill you. That's why Jacob's cousin died! The frogs are rare, and aren't likely to be found anywhere unless they are being kept by someone. So for Roy to have seen one means he can't have been far from Hogs Belly Farm.

On the drive home Maddy gets very annoyed with Jonathan, spouting stuff about how much she hates casual sex. Jonathan then realises that Sheena has told her that she spent the night at his place and she's jealous. He tries to put her mind at rest by saying he'd rather have red hot pokers stuffed up his finger nails. Maddy then feigns offence on behalf of her friend, and demands he gets out to catch his train home. As she drives away, she smiles.