Who is Madeline (Maddy) Magellan? 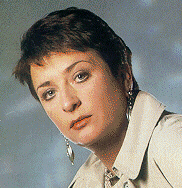 Maddy is the kind of woman who won't take any crap from anyone. She's a damn good free lance investigative journalist, who sadly isn't appreciated by the publishing world. She has a unique ability to talk her way into places and situations which will lead her to a story. Unfortunately this can also lead her into trouble, which she gets into often.

She is a very dominate person, who likes to be in control and won't relinquish the upper hand easily. Maddy is a spontaneous woman, who tends to do first, think later. Many of her crack pot schemes fall flat on their faces, but that doesn't seem to stop her trying. Maddy is a headstrong woman, who once she has her mind set on something, she won't let go until she has an answer.

Maddy is quick to anger, but also quick to change her mind. She can have violent mood swings, but then seconds later be all sweetness and light. This can make her either extremely colourful, or extremely annoying depending on your point of view.

Maddy has little patience. She hates waiting for things to follow their natural course and will do things in order to hurry up the process. This is something she tried to do with her relationship with Jonathan. She tried to speed up the relationship by trying to make Jonathan jealous (see The Reconstituted Corpse). She has little time for those who have an air of superiority about them. Although having said that she will invest time in trying to bring them down a peg or two (see Ghost's Forge).

The nature of her profession means that Maddy is a people person. It also means she is adaptable, and a quick thinker. However some of her ideas can be questionable.

Maddy's little patience also means she is quick to judge a situation, sometimes completely getting the wrong idea. She will pass sentence on a situation which she has no business doing as she has no real claim to it. For example who Jonathan is sleeping with, even though she isn't his girlfriend!

The five best words that describe her are:- 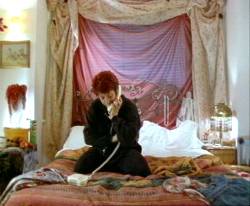 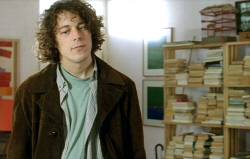 Jonathan stands in Maddy's living room in season 2. Note the book case in the background.

Maddy's 3rd flat, note the dark colours and again the book shelf in the background 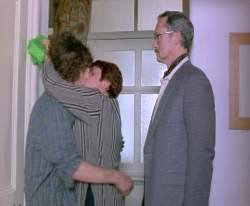 Maddy has lived in three houses/flats during her time in Jonathan Creek. All, we assume, based in London somewhere.

The colours of rooms tend to be strong bold colours usually in reds, blues or purple. The rooms do have feminine touches to them, but generally speaking she lives in an organised mess. Having said that - they are homely places where you can relax and unwind.

Where ever she lives, she always has too many books for the bookcase she has. They are nearly always laying flat on the shelves so she can cram more books in.

Maddy is a hopeless romantic at heart, and alas her relationships to date haven't been romantic ones. All Trevor seemed to be interested in was sex, and even then only from his point of view! Maddy also has a habit of getting angry for no apparent reason, and sometimes thinks the entire world is against her. For this reason she can sometimes take things the wrong way, ruining nice romantic moments (see The House of Monkeys).

Maddy finds Jonathan fascinating, but also infuriating. It is perhaps because of this mixture that she finds him attractive in the first place. She is amazed at the way he is able to solve seemingly impossible crimes, but infuriated when he dismisses her ideas as silly.

Many of the men Maddy has dated in the past may have been the dominant partners in the relationship, or at least of equal experience. However Jonathan hasn't had that experience and is unsure how to proceed with the relationship. This puts Maddy in the driving seat for a change, and it is a position she likes.

Maddy has been incredibly drunk and ended up dating two guys at once thinking they were the same man.

Maddy can't help but like Jonathan, but she also finds him impossible at the same time. He "...can never say the right thing.." and can sometimes seem to look down his nose and laugh at her and her ideas.

However Maddy is fascinated by the world Jonathan lives in. His house, his job are both rare and unusual, and Maddy likes that, it makes a change from the norm. Maddy would like to be part of this world, and get to understand how Jonathan's mind works.

In some respect they are chalk and cheese, however this provides some wonderful sparks of sexual tension, and goes to make their relationship an interesting one.

She is very possessive of Jonathan, even though technically they aren't a couple. Her jealousy was seen to get the better of her in No Trace of Tracy, when she thought Jonathan had slept with her best friend Sheena. We also saw her joy when Jonathan flatly denied the accusation. She has also ruined the potential re-kindling of a relationship between Jonathan and an old love interest, Charlotte Carney.

They have shared a couple of kisses, the most notable of which was in Maddy's flat. She kissed Jonathan in order to put her would-be boyfriend Sheldon off. To start with Jonathan was clearly shocked, but then they settled down and were both seen to enjoy themselves.

They have now finally slept together, but Maddy isn't sure where they go from here, describing the experience as "like sleeping with your Uncle". However she clearly would have liked to repeat the experience, but because of her foolhardiness in setting up the Christine incident in "Miracle in Crooked Lane" hasn't been able to.

After they slept together things seemed to cool down, and they are back to a "friends" level.